It can be overwhelming when you realized that the New Years Resolutions you swear to keep are as long as your grocery list. It can make one feel discouraged and also bring on a lot of anxiety. Add that to the post-holiday slump that most people feel and it’s very likely that you won’t be able to keep true to your resolutions. However, you shouldn’t let those feelings of stress and hopelessness get in the way of completing your goal as independent living seniors in the new year.

Still, you should remember that resolutions are there to help you change into a better person in the new year. Resolutions shouldn’t be there to serve as some kind of challenge or catalyst. Some people have trouble doing that though, but it’s expected as they are human. It’s human nature to set high goals, but you need to be more realistic. 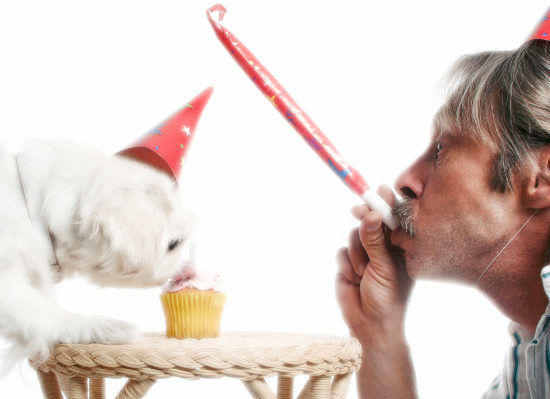 To further understand why people feel discouraged about New Years Resolution keeping, you need to look at the facts. According to Psychology today, people tend to fall short of reaching their resolutions at pretty high rate. Around half of all adults in America make New Resolutions. However, around 22% of them fail after one week, then 40% fail within a month, 50% of them fail after three months, 60% fail within half of a year. Sadly, only around 8% to 9% of people keep their New Years Resolutions true.

As discussed before, the main reason why these resolutions aren’t kept is because people set high expectations and goals when it comes to their resolutions. Around 49% of them promise to lose weight/exercise more, 33% tend to pay off certain debts, 26% concern themselves about getting educated, and 16% want to stop bad habits like smoking and drinking heavily.

How Independent Living Seniors Can Keep Their Resolutions 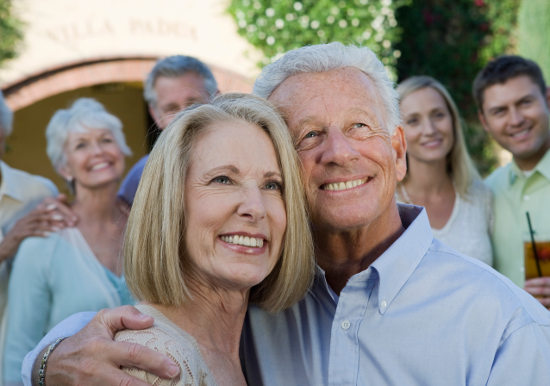 While the most commonly sworn resolutions are are good and simple goals to have, life isn’t that straightforward at times. Debts can still pile up, gyms can be troublesome or too expensive, and some habits are hard to break. What responsible and independent living seniors like yourself should do is be more realistic. Here’s some tips on how to make your resolutions stick.

Keeping it simple is better because going over your head with a goal can likely lead to disappointment in the end. So instead of vowing to lose as much weight as possible, consider being more simple and make it a goal to lose around a few pounds every month.

Since you are the decider of your own choices, you should decided on resolutions that you can do. Think of it this way, say you swore to learn a new language this year. While there are many languages you can learn, you should find one you can understand (like Spanish or German) instead of one that’s very difficult to learn (like Swahili or Korean).

Having a set time-frame for your New Years Resolutions can be the goal for motivation. Make sure that the time frame is adequate. For example, if you or other independent living seniors are looking for a better community to move into, you want to plan that the goal ahead of time. As planning might take a year or two. If seniors like yourself want to lower their drinking habits, set a goal for within a few months. Adjust your goals accordingly.

Being reminded of your goals is a good way to stay on track. You can do this in two ways, keeping a journal or notes of your progress and having someone know of your goals, making them remind you on occasion. It can seem tedious at first but having constant reminders makes sure that you don’t fall off the wagon.

You have to know that mistakes will happen. You might need a smoke break after a stressed out day or your community of assisted and independent living seniors might have a get-together with alcohol involved. Just because you had a bump, doesn’t mean you are done. You’re in charge of this goal and you can pick yourself up and resume where you left off.  As long as you maintain a positive attitude and know that you control the path to your goals, you’ll be able to make them. 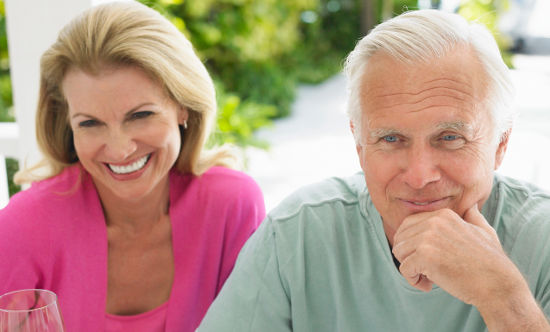 Now that you’ve understand the ways to keep resolutions, you are in a position on knowing what kind of realistic resolutions you can keep in the new year. To get you started, consider the following suggestions.

Most people swear to eat healthier to lose weight. What they really should do is consider eating foods that are more proper for healthy living. If your community’s catering allows it, change your food intake to have more healthy proteins, vegetables, and fruits and less processed foods with lots of preservatives.

Most people fail when they quit drinking straight out. Going “cold turkey” ends in disaster. Instead if you’re going towards that goal, consider tapering off your dependence on certain beverages over time. By doing it in smaller amounts of over time, you should be able to reach the main goal of quitting. The same tactic can be used for smoking or other bad habits.

Even for active independent living seniors, brain function and comprehension will decrease no matter what. However, it doesn’t mean you can’t do anything to slow down the process. Give your brain a boost by giving it some good mental exercises. Engaging in mentally stimulating activities and games can help in this process.

Older adults like yourself need more sleep at night than those of younger generations. However, sleep problems are becoming increasingly common in seniors, which can result in bigger health problems. So focus on try to get more sleep when you can.

With these tips and suggestions for New Years Resolutions, seniors like yourself should be able to focus on their goals and reach them with ease.

Get the latest blog postings delivered to your inbox.